At the beginning, exchanges have been organised around the concept of active citizenship, and the needs to consider citizenship as a global concept, including everyone. After a presentation of the project, which the organisations were very positive about, participants discussed about the involvement of young people from different background – either geographical or social, in the project IC4LoP. They were also interested about the networking possibilities between youth and volunteering organisations and migrant’s support organisations.

As a result of these Info Days, we can say the organisations were very positive thanks to the fruitful exchanges and they express the will to be engaged in the project. 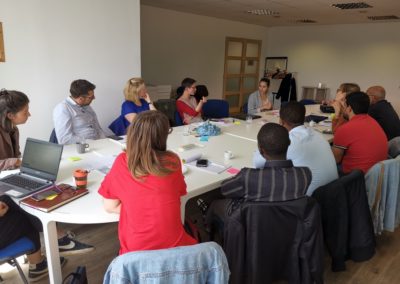